Size750mL Proof80 (40% ABV)
Crafted in France under the watchful eye of Cellar Master François Thibault, this premium vodka is made with 2 fine ingredients: soft winter wheat and pure water from the Gensac spring.
Notify me when this product is back in stock. 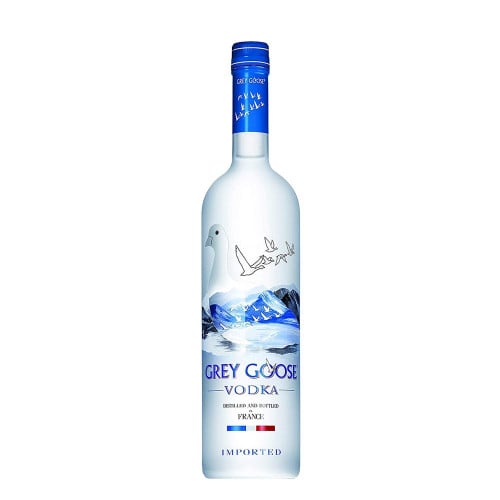 Grey Goose’s ingredients are column-distilled in a facility in the same region. Enzymes are used to break down the carbohydrates into fermentable sugars, and the fermentation takes place continuously over six cascading tanks. The wash is then distilled once into spirit using a five-step process. The calcium-rich Gensac-La-Pallue spring water is drawn from 150 meters below the blending facility in Cognac. The spirit is filtered through a copper filtration system in order to infuse it with additional flavor. The distillate is sent to a plant in Cognac, France, dedicated to the sole purpose of bottling of Grey Goose. The resultant spirit is cut with spring water, bottled at 80 proof, and corked.

The delicate nose has soft and gentle floral and vanilla notes and hints of nuts. There's a touch of sweetness on the palate along with mineral and peppery notes. Finishes bold with hints of toffee.