Size750mL Proof70 (35% ABV)
Acai Blueberry Vodka is an exotic combination of açaí berry and blueberry, with just a hint of raspberry and almond.
Notify me when this product is back in stock. 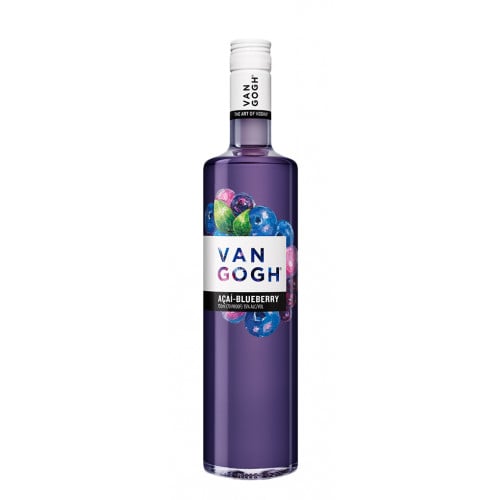 The vodka is triple distilled, twice in column stills and then a third time in a traditional pot still. “Our Van Gogh Açaí-Blueberry vodka is an exotic combination of açaí berry and blueberry, with just a hint of raspberry and almond. Light with a tropical berry taste, this premium vodka can be enjoyed on the rocks or mixed up in your favorite vodka cocktail” (producer). This vodka earned 5 Stars, Highest Recommendation, from The Spirit Journal, 93 Points, Gold Medal from Best Tasting Spirits, and 91 Points, Excellent, at the Ultimate Spirits Challenge.