Be the first to review this product
Crafted with Treaty Oak's Ghost Hill Bourbon, this ready-to-drink cocktail has the perfect balance of aromatic bitters, orange zest, and sugar. Bottled at 76 proof, the only thing missing is some ice.
Add to Wish List
Notify me when this product is back in stock.

Treaty Oak Distillery is named after the famous 500-year old tree in Austin, under which Stephen F. Austin signed agreements defining the borders of Texas. Their gins are called Waterloo, after the original name of Austin. They moved to Dripping Springs, a place with a rich history of gatherings and shared perspectives. Central Texas has a very different climate than Kentucky and other areas producing whiskey. The wide swings of temperature and humidity allow for a maturation that is specific to the weather of the hill country. Their non-climate-controlled rickhouse was designed to showcase the dynamic climate which is reflected in their lineup of whiskeys.

A more recent addition to their lineup, the Treaty Oak Old Fashioned is a 76-proof ready-to-drink cocktail that is based on their Ghost Hill Bourbon. Crafted using Texas wheat and yellow no.1 corn, the 2-year-old grain-to-glass bourbon makes a perfect base for the classic cocktail. They have created the balance of bourbon, aromatic bitters, orange zest, and sugar ― the only thing that's left for you to do is pour it over ice.

With just enough sugar to bring the ingredients together, this cocktail has a pleasant sweetness that isn't overbearing and is balanced perfectly with the bitterness and zesty orange. The character of the bourbon shines through with fruitiness, oak, and a touch of spice. 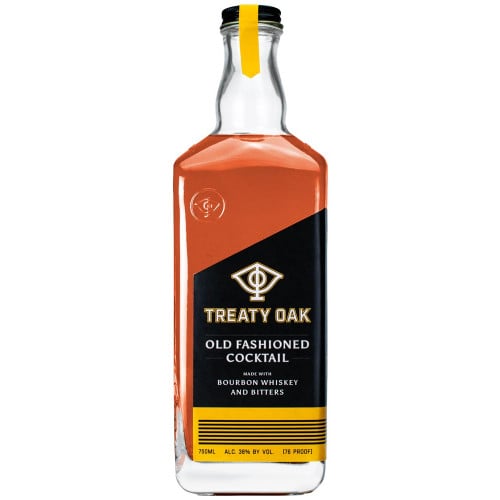