Size750mL Proof94 (47% ABV)
This critically acclaimed, boutique Irish Whiskey received a Double Gold medal from the San Francisco World Spirits Competition.
Notify me when this product is back in stock. 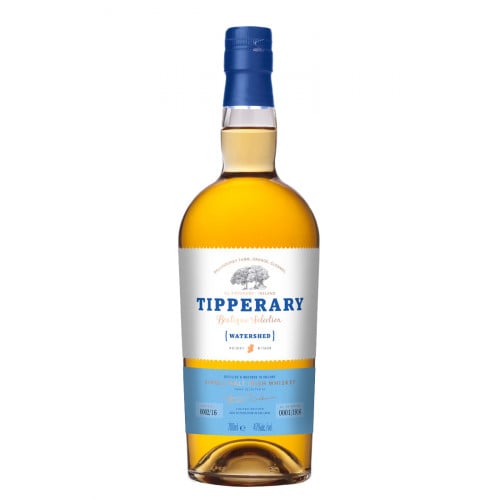 Though work on their distillery is still underway, Tipperary sources their mature spirit from distilleries in Ireland. These casks go into the expression of their current lineup the IWSC award-winning Rising, Knockmealdowns and Watershed. Handcrafted in small batches, only six first-fill bourbon casks are hand selected by Malt Master Stuart, before they are cut to 94 proof with local Ballindoney fresh water. This boutique Irish Whiskey is critically acclaimed, receiving a Double Gold medal from the San Francisco World Spirits Competition.

Strong vanilla aromas on the nose with sweet fruit followed by subtle notes of grain. The palate has flavors of black pepper, vanilla, chocolate, and dried fruits. The finish is invitingly smooth, warm and honeyed.