Size750mL Proof90 (45% ABV)
Based on a blend of Caribbean rum, this spirit's pineapple infusion makes it a deliciously fresh base for tropical cocktails. 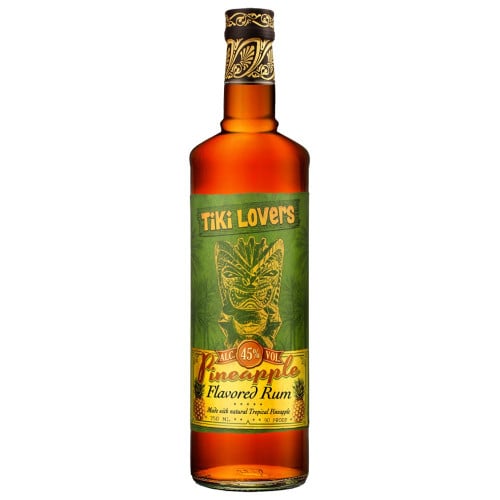 The Tiki Lovers Pineapple rum followed in the footsteps of their Dark Rum and White Rum and is made with aged as well as unaged Jamaican pot-still rum, 3YO ex-bourbon barrel-aged rum from Barbados, as well as some clear column still rum from Guyana and Trinidad. It is a nod to Caribbean rum of the past, where fresh pineapples were added to sugar cane spirits. This modern take has all-natural pineapple extract added, made from ripe tropical South American pineapples. The infusion is added at the end of the process, before letting the blend rest and giving the aromas a chance to come together.

The nose is extremely fruity with unmistakable pineapple at the forefront. The pineapple isn't overbearing on the palate with plenty of room from the pot-still rum to shine through with sweet and spicy oaky notes accented by dark chocolate, honey, coffee, and dried fruit.