Learn more
Size750mL Proof117 (58.5% ABV) *Please note that the ABV of this bottle may vary
Only 286 bottles of this stunning Exceptional Cask were produced.
Notify me when this product is back in stock. 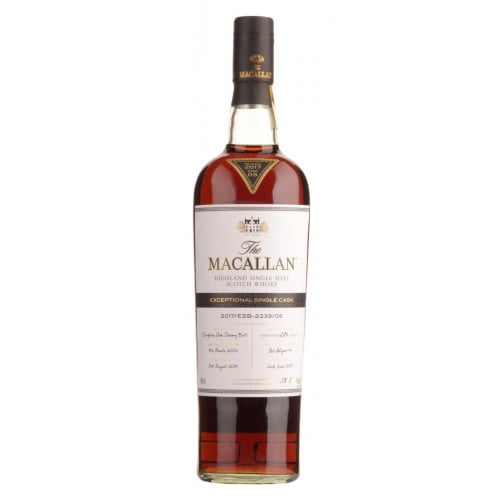 Each and every sample of this incredible estate range is meticulously nosed and assessed. It is here, in the hidden depths of the estate that extraordinary aromas and flavors first fully reveal themselves. This stunning batch was distilled on March 4, 2002 matured in a European oak sherry butt, and bottled August 31, 2017 at 117 proof. Only 286 bottles were produced.

This classic Macallan is rich with dried fruits, raisins and a foundation of vanilla and refined oak. The palate delivers notes of figs and sultana, with earthy notes of ginger and vanilla. The finish is silky and warming.