Learn more
Size750mL Proof90 (45% ABV) *Please note that the ABV of this bottle may vary
A rare peated single malt from The Macallan delivered in a handcrafted, black cut crystal decanter from Lalique. The Macallan M Black is a sight to behold and a taste to experience and savor.
Notify me when this product is back in stock. 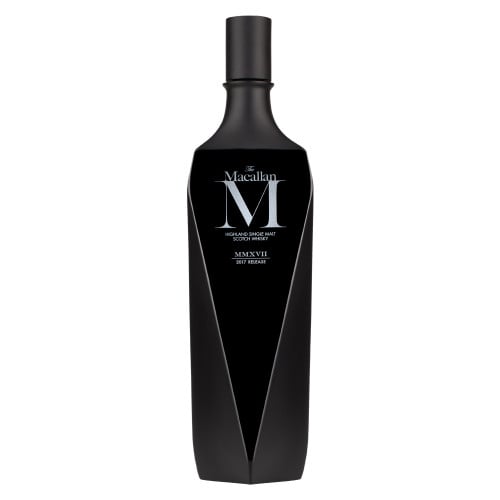 With exacting processes, long-perfected techniques and a perfect balance of innovation and heritage, The Macallan M Black celebrates the union of the mastery of crystal and whisky making inside and out. An unexpected color and geometric form challenge all perceptions of traditional decanter design and perfectly offset the peaty notes of this unique and complex single malt.

The nose brings classic The Macallan notes of fig, sweet butter, orange zest, and apple, but adds a whiff of smoke. The palate builds on that base, with notes of vanilla, toffee, and cream with a dark, full, and lightly smoky finish.