Size750mL Proof89.2 (44.6% ABV)
Only 164 bottles of this single malt Scotch whisky, which was aged for 36 years, have ever been produced.
Notify me when this product is back in stock. 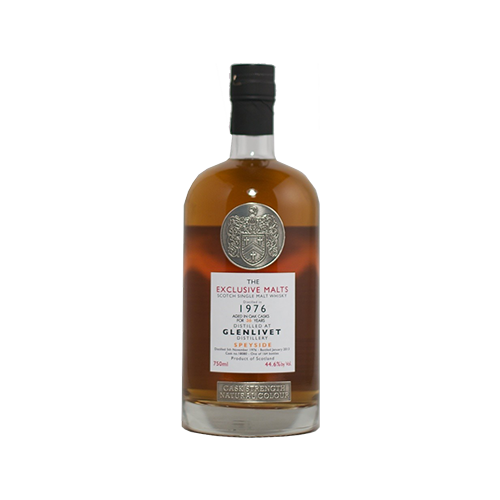 The Glenlivet 36 Year Old Single Malt Scotch Whisky (Exclusive Malts Bottling) was distilled on November 5, 1976 and matured for over 13,000 days (36 years) in an oak cask (Cask # 18080). Following maturation, the whisky was bottled at cask strength by the Creative Whisky Company, an independent bottling company led by whisky expert David Stirk. "Each and every bottle comes with my personal guarantee that I have nosed, tasted and approved the cask of whisky that it came from," says Stirk.

The Glenlivet 36 Year Old Scotch Whisky (Exclusive Malts Bottling) has a woody, floral aroma, with hints of oak, dark herbs and wildflowers. The flavor is elegant and soft, with notes of ripe yellow fruit, apricots and hints of vanilla cream, which are complemented by subtle woody undertones and lead to a soft, delicate finish.

Only 164 bottles of this whisky have ever been produced.

Woody, floral aroma, with hints of oak, dark herbs and wildflowers. Flavor is elegant and soft, with notes of ripe yellow fruit, apricots and hints of vanilla cream, which are complemented by subtle woody undertones and lead to a soft, delicate finish.