Size750mL Proof88.6 (44.3% ABV)
A single grain from the Royal Oak Distillery, Ireland. Matured in hand selected ex bourbon casks from the US and rare Marsala casks from Cantine Florio 1883 – one of Sicily's oldest wineries. 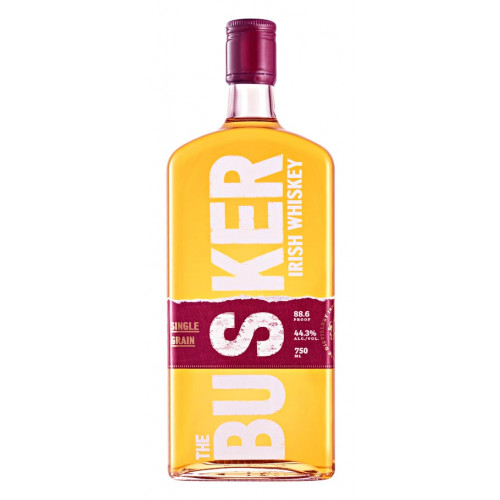 A single grain whiskey must be distilled from grain or a mixture of grains that can be malted or unmalted – at a single distillery, and if Irish, it must be aged for at least three years. For The Buskers Single Grain, the experts at the Royal Oak Distillery have chosen only the highest quality spirits. Matured in hand selected ex-bourbon casks, imported from the US, and rare Marsala casks, coming all the way from one of the oldest Sicily’s wineries – Cantine Florio 1883, this single grain is bottled at 88.6 proof. Adored for its balance of sweet caramel, soft vanilla and oak notes, the finish of this splendid single grain expression is long, dry and sweet. Best enjoyed neat or on the rocks.

A light, pale straw hue. The nose is sweet with notes of caramel and soft vanilla as well as oaky notes in the background. The palate offers rich notes of caramel, vanilla, oak and hay. This single grain finishes long, dry and sweet.