Size750mL Proof92 (46% ABV)
Made using an astounding 31 different botanicals, this is the world's first and only Islay Dry Gin and was rated one of the world's ten best gins. 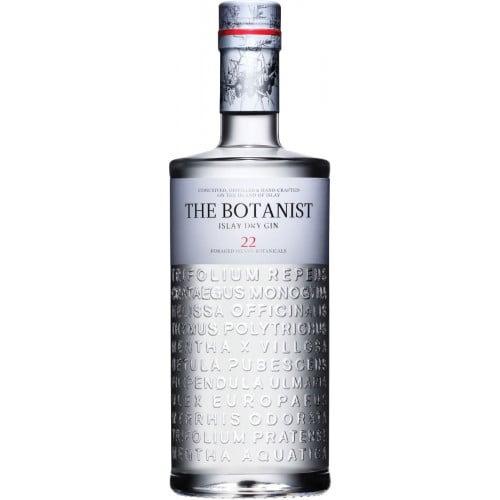 About The Botanist Islay Dry Gin

Situated on the shores of Loch Indaal on the island of Islay, Bruichladdich (pronounced brook-laddie or broo-lah-dee) Distillery was founded in 1881 by the Harvey Brothers, the heirs of a dynastic whisky family. Using their inheritance, the three brothers combined their talents in order to build Bruichladdich — the distillery was designed by John Harvey, engineered by Robert Harvey and financed by William Harvey. At the time, it was a state-of the art distillery, built from stone around a spacious courtyard. While the distillery is well-known for its distillation and maturation of whisky, in 2010, Bruichladdich Distillery released the world's first and only Islay Dry Gin.

In order to produce the gin, nine classic botanicals, including orris root, cassia bark and coriander seed are macerated overnight in a grain-based spirit together with Islay spring water. Then, the gin is distilled through an antique Lomond still (one of the few Lomond stills in operation today) nicknamed Ugly Betty. During distillation, the 22 other botanicals, which are hand-picked by an expert foraging team from the windswept hills, peat bogs and Atlantic shores of Islay, are placed in the still's botanical basket. Distillation of the gin, which occurs at 0.2 atmospheres of pressure, takes 17 hours — nearly four times longer than it takes to distill whisky. I had to "learn a new dance", says Jim McEwan, Bruichladdich's master distiller, discussing the eccentricities of Ugly Betty.

As a result of the incredibly long and complex distillation process, The Botanist Gin has a bold and distinctive flavor. The nose is an explosion of robust botanicals, including apple, mint, honey, lemon, orange, pomegranate and juniper. The initial taste is mellow and tame, but is quickly followed by bursts of citrus and spices that ultimately lead to a satisfying finish.

The Botanist Islay Dry Gin is artisanally produced in small batches, and is the world's first and only Islay Dry Gin. It was rated one of the top ten gins in the world by Gourmantic, and called an "Oscar-worthy gin" by LA Weekly.

Explosion of robust botanicals, including apple, mint, honey, lemon, orange, pomegranate and juniper. Initial flavor is mellow and tame, but is quickly followed by bursts of citrus and spices that ultimately lead to a satisfying finish.