Size750mL Proof80 (40% ABV)
This gin earned the Silver Medal at the San Francisco World Spirits Competition in 2012.
Notify me when this product is back in stock. 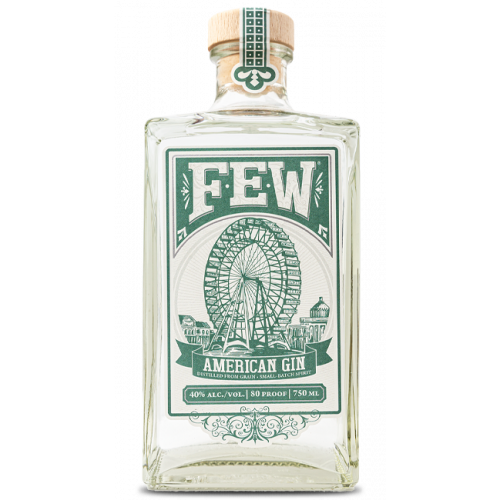 Today, hidden down a dark alley in a former chop shop, Hletko and his skilled team are producing another batch of FEW Spirits American Gin. The gin is crafted from a mash of corn, wheat and unmalted barley, which are infused with eleven unique botanicals, including juniper, citrus lemon and orange peel, Tahitian vanilla, cassia, grains-of-paradise and home-grown hops. As a result, the gin has a bold citrusy flavor profile, with notes of spicy ginger and earthy botanicals that complement a subtle hint of juniper.

Bold citrusy flavor profile, with notes of spicy ginger and earthy botanicals that complement a subtle hint of juniper.