Learn more
Size750mL Proof60 (30% ABV) *Please note that the ABV of this bottle may vary
Tanduay Select is a rum blend, crafted from choice sugarcane and matured in oak barrels. At 60 proof it's great for easy sipping or a perfect choice for delicious dark rum cocktails.
Notify me when this product is back in stock. 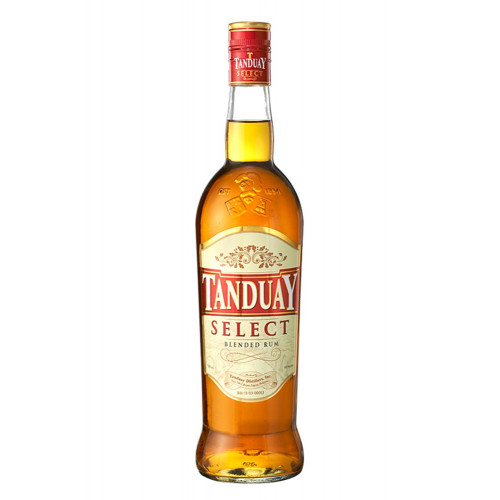 The Tanduay Select was released in 2015. The blend is crafted from choice sugarcane and matured in oak barrels. "Throughout the years, Tanduay rum has been enjoyed by generations of Filipinos. And now, the brand is giving today’s upwardly mobile individuals a taste of the finest rum with a flavor suited to their unique preference – the drink that every passionate individual truly deserves," said Tanduay President and Chief Executive Officer Bong Tan at the time when it was released. Bottled at 60 proof, it's an easy sipper and a great cocktail base as well.

The nose opens with banana, green tea, and toffee notes. Tropical fruit and grassy notes are on the palate with a minty kick to balance it. Finishes medium-long.