Learn more
Size750mL Proof90 (45% ABV) each *Please note that the ABV of this bottle may vary
This feature includes unique expression of gin produced by one of America's most creative craft distilleries. 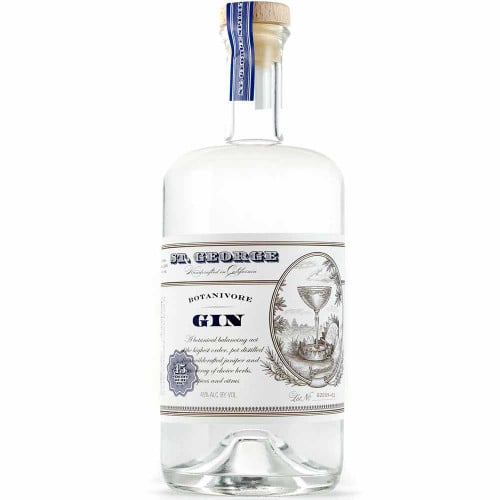 While the juniper, bay laurel and fresh cilantro are added to the gin's botanical basket, the other 16 botanicals are steeped overnight in the copper-pot still. Then, gentle steam heat is added to the still, in order to coax out the flavors and aromas of the herbs and botanicals.

Fresh and slightly herbaceous, St. George Botanivore Gin has bright notes of citrus, earth and spice that are complimented by subtle floral undertones. The gin earned a score of 93 points from Wine Enthusiast, which selected it as one of the Top 50 Spirits of 2012. In addition, Park and Bond wrote that it was "a sunshine-drenched greenhouse of a spirit"while Esquire called it "complex and bright."

This gin represents a unique expression by one of America's most creative craft distilleries. Pick up a bottle today!

Terroir: Stunning bouquet of fresh, forest aromas, including pine and oak. Woodsy notes are complemented by bursts of juniper and sage, and lead to a crisp finish.