Size750mL Proof88 (44% ABV)
This gin was called the “Best Gin in the World” by the Wall Street Journal.
Notify me when this product is back in stock. 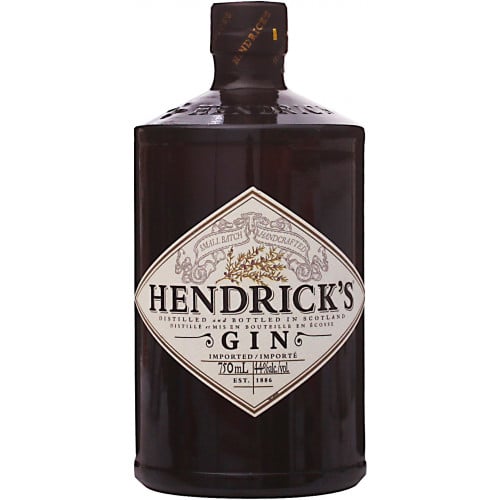 Born in December 1839, William Grant became a cattle herder at the age of 7 in order to supplement his family's income. As a teenager, Grant apprenticed as a cobbler and a clerk, and in 1866, he joined Mortlach Distillery as a bookkeeper. For the next two decades, Grant managed the affairs at the distillery, while secretly learning the art of distillation. In 1886, he resigned from his position as distillery manager and, together with his seven sons, two daughters and one sporadically working stonemason, built his family distillery in Scotland.

Over a century later, Charles Gordon, Grant’s great-grandson and successor at William Grant & Sons, purchased two unusual and incredibly rare stills at auction — a Carter-Head Still (constructed in 1948, there are only a few in the entire world) and a dusty 19th-century Bennett. Although he didn’t find a use for these stills initially, more than twenty years later he enlisted the help of master distiller and gin scientist Lesley Gracie to assist in his quest to create something extraordinary from the stills. Finally, in 1999, Gordon and Gracie found the perfect combination and launched Hendrick’s Gin.

Hendrick’s Gin is made in small batches of 500-liters or less, with both the Bennett and Carter-Head stills working their magic on Hendrick’s unique mix of botanicals, which include yarrow, elderflower, juniper, angelica root, orange peel, caraway, coriander, chamomile, cubeb berry, orris root and lemon. After distillation, Hendrick’s Gin is infused with Bulgarian Rosa Damascena and specially selected cucumbers — an odd combination which produces miraculous results.

Hendrick’s Gin has a bold, aromatic nose, tingling with rose petals and other perfume-like floral scents. The palate is citrus-forward, with orange and lemon peel notes balanced by a mellow cucumber sensation, and leads to a smooth finish accented by a dash of cumin and coriander.

Hendrick’s Gin was described by the Wall Street Journal as the “best gin in the world”. Pick up a bottle today!

Bold, aromatic nose, tingling with rose petals and other perfume-like floral scents. Palate is citrus-forward, with orange and lemon peel notes balanced by a mellow cucumber sensation, and leads to a smooth finish accented by a dash of cumin and coriander.