Size1420mL Proof18 (9% ABV) *Please note that the ABV of this bottle may vary
This 4-pack of ready-to-drink cocktails is crafted with Sagamore Spirit 4-year-old rye whiskey, organic cranberry and lime juice, and ginger flavor. The 18-proof cocktail is fruity with a solid rye backbone.
Notify me when this product is back in stock. 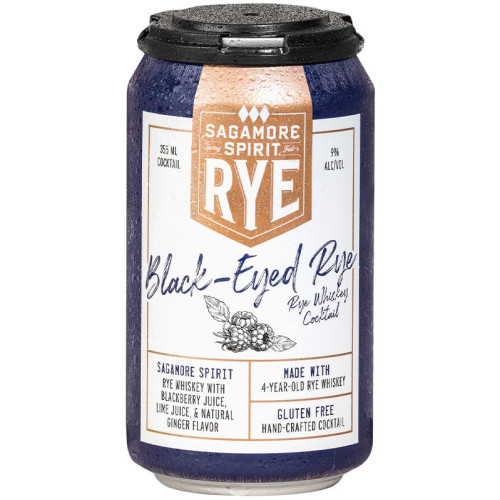 Recently, Sagamore Spirits has added a new way to enjoy their 4-year-old rye whiskey in the form of 3 canned cocktails: the Honey Paloma, Lemon Tea Fizz, and Black-Eyed Rye. The convenient ready-to-drink cocktails come in 355ml cans and are gluten-free. The Black-Eyed Rye is a carbonated 18-proof drink that is crafted with their 4-year-old rye whiskey, organic blackberry and lime juices, and ginger flavor.

You can expect a solid rye whiskey backbone with cinnamon, vanilla, honey, and caramel shining through. Then there's the juicy fruitiness of blackberries paired with a pleasant citrusy acidity and a touch of ginger that lingers through the finish.