Size1420mL Proof7.2 (3.6% ABV)
Crafted with Ketel One's Botanical Vodka and sparkling water, this light fizzy cocktail is perfect for summer. The ready-to-drink cocktail only has 73 calories per serving and has zero carbs and added sugar, as well as no artificial flavors or sweeteners.
Notify me when this product is back in stock. 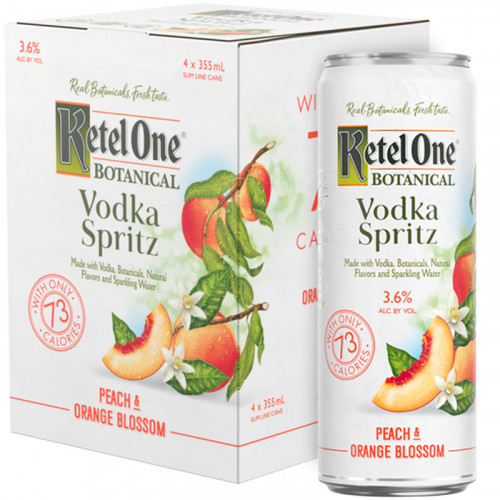 Grab a 4-pack of this juicy, delicate, and refreshingly fizzy canned cocktail today!

This light vodka spritz has plenty of juicy grapefruit notes with fresh-squeezed juice being more dominant than the zesty side. There are additional delicate notes of rose petals, culminating in a refreshingly fizzy finish.