Size750mL Proof101.2 (50.6% ABV)
The Calvados Finish expression continues Sagamore's experimentation with different cask finishes. After port and cognac barrels, French apple brandy calvados takes the spotlight, imparting the spirit with a distinct fruitiness.
Notify me when this product is back in stock. 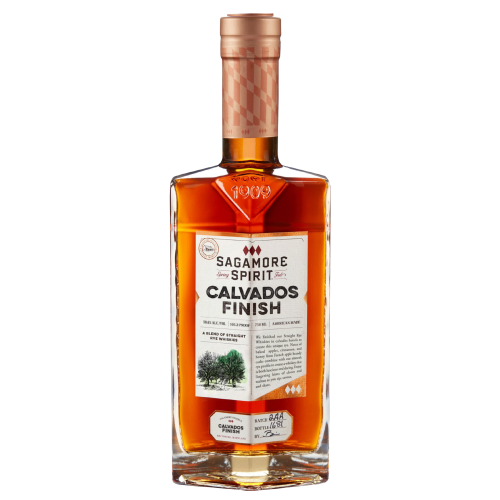 The Sagamore Spirit Calvados Finish continues their experimentation with finishing their straight rye whiskey in various different casks. After port and cognac, they decided to give the limelight to ex-calvados barrels which used to hold the French apple brandy. "One of our distillers has a personal penchant for Calvados and wanted to see what it might bring out in our rye whiskey. [...] They gave it the time it needed in the barrel to create one of our most special releases so far," says Sagamore's president Brian Treacy.

The nose is rich with baked apples, honey, as well as cinnamon. Even more fruit reveals itself on the palate with apples, pears, honey, vanilla, and spicy clove notes. The honey lingers through the finish and is joined by a pleasant nuttiness.