Size750mL Proof90 (45% ABV)
This rye is crafted with organically-grown rye from the Hillrock Estate. Created by the legendary Dave Pickerell, this whiskey is finished in French Sauternes wine casks, imparting the liquid with dried fruit and citrus notes. 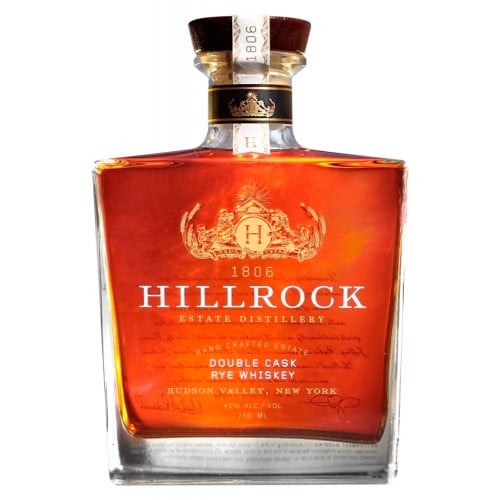 Hillrock Estate Double Cask Rye Whiskey was created by Pickerell from small batches of organically grown rye that are harvested from the Hillrock Estate. Once the rye has been harvested, it is mashed and fermented, before being distilled through Pickerell's custom-made, 250-gallon copper-pot still. The still, which was built in Kentucky to Pickerell's exact specifications, gives the distiller extraordinary control over the character and quality of the whiskey produced.

Following distillation, the rye whiskey is matured in traditional charred oak casks before being double-barreled, or finished, in secondary casks. This expression — the Hillrock Double Cask Rye Whiskey Sauternes Finish — employs French Sauternes wine casks. This way the spicy rye gets additional notes of dried fruit and citrus, resulting in a delicately balanced and unique whiskey.

There's plenty of rye spice with distinct clove and cinnamon on the nose, along with fruit, honey, and vanilla. The palate has honey, a nuttiness, citrus, as well as buttered toast notes. Finishes with a delicate balance of honey and spice.