Learn more
Size750mL Proof80 (40% ABV) *Please note that the ABV of this bottle may vary
This special small-batch Rogue rye is a 100% Oregon terroir whiskey. Ocean-aged in new oak barrels in Oregon this is a special offering of the last remaining stock of this unique bottle design.
Notify me when this product is back in stock. 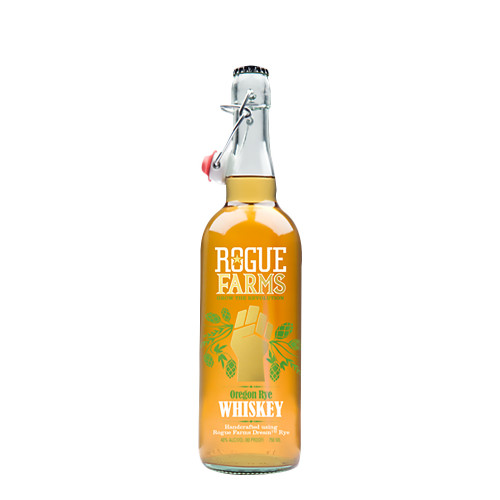 In 1988, near a scenic stream called Lithia Creek in Ashland, Oregon, Jack Joyce and Bob Woodell, fraternity brothers at the University of Oregon, opened the doors to Rogue Brewery. For fifteen years, Rogue Brewery brewed beers such as Dead Guy Ale, Dad's Little Helper and Brutal IPA under the tutelage of John Maier, Rogue Brewery's brewmaster. Then, with the addition of Master Distiller John Couchot, Rogue Spirits was born.

Floral, on the nose with honeyed notes, and malty aromas. Subtle rye spice and notes of apple, caramel, and cloves coalesce into a well-rounded finish.