Size750mL Proof100 (50% ABV)
Ragtime Applejack Barrel Finished Rye Whiskey is a version of the New York Distilling Company's flagship Straight Rye Whiskey, with a secondary barrel finish in once-used applejack barrels. Inspired by George Washington, this expression is best served neat or on ice, but also works well in cocktails.
Notify me when this product is back in stock. 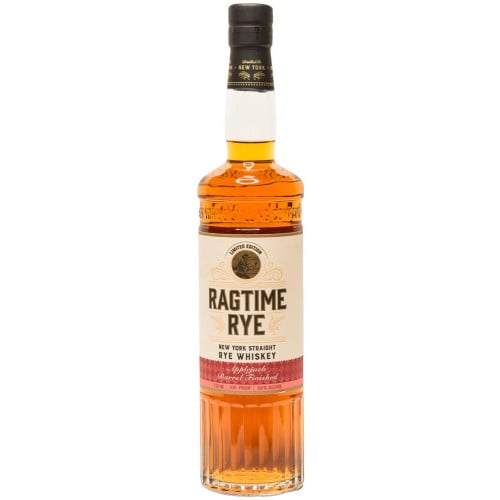 Ragtime Applejack Barrel Finished Rye Whiskey brings together two traditional strong drinks from the northeast US – rye whiskey and applejack, which was most probably the first spirit to be produced in the first New York State distillery built in 1640. This whiskey is a version of the distillery's flagship Straight Rye Whiskey. After aging for two years in oak, the rye whiskey is finished for 90 days in barrels that previously held applejack in New York's Black Dirt Distillery.

This expression is fruity on the nose, and very buttery and creamy on the palate with hints of baked apple. The finish is long with nutmeg, cinnamon and lemon zest.