Learn more
Size473mL Proof0% ABV *Please note that the ABV of this bottle may vary
This tonic syrup is made according to pre-Prohibition recipes with cinchona bark (the natural source of quinine), lemongrass, cinnamon, and saffron. There are no artificial flavors, synthetics, and fructose syrup. Mix with club soda or use in cocktails.
Notify me when this product is back in stock. 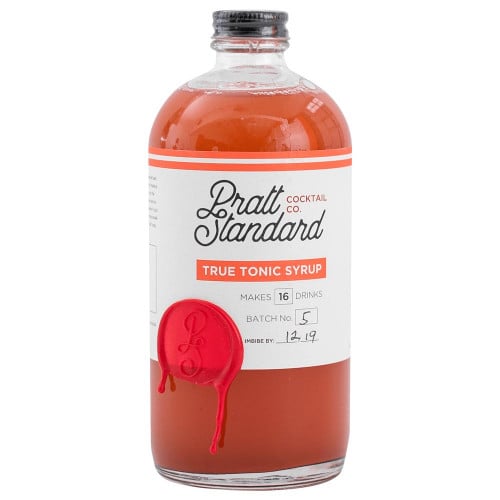 A lot of research goes into the creation of each hand-crafted syrup. The True Tonic Syrup took 47 iterations to become what it is today. It's a historic recipe made with cinchona bark (the natural source of quinine), as well as lemongrass, cinnamon, and saffron. No fructose syrup, artificial flavors, and synthetics are found here. Mix it with club soda to make tonic water, or use it to add complexity to cocktails. A single bottle is good for 16 drinks.

With its unique blend of all-natural spices this tonic syrup tones down the sweetness and bitterness with ginger and cinnamon in the foreground. Mix it with club soda to make tonic water or use it in cocktails to add complexity.