Learn more
Size473mL Proof0% ABV *Please note that the ABV of this bottle may vary
Crafted with real kola nuts, demerara sugar, ginger, cinnamon, vanilla beans, and other spices, this all-natural syrup has an old-school cola taste. Mix it with club soda or use it instead of simple syrup in cocktails to add an old-fashioned cola twist.
Notify me when this product is back in stock. 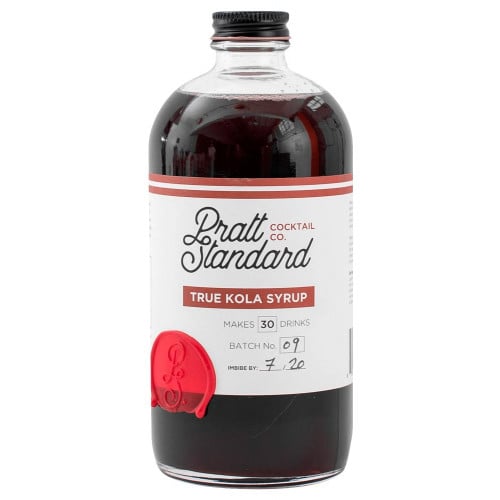 The kola nut is where cola got its name (and caffeine!) from. The True Kola Syrup is made with real kola nuts as well as demerara sugar, ginger, cassia, cinnamon, allspice, and vanilla beans for an all-natural and old-school cola taste that harkens back to the drink's origins. Mix it with club soda or use it as a replacement for simple syrup in cocktail recipes to add an old-fashioned cola twist. Each bottle makes approximately 30 drinks.

This syrup captures the essence of old-school cola with real kola nuts. There's vanilla, ginger, and cinnamon on the profile, along with a rich and deep sweetness courtesy of the demerara sugar used in its production.