Learn more
Size473mL Proof0% ABV *Please note that the ABV of this bottle may vary
Uncolored and crafted without corn syrup, the Grenadine Syrup is made the original way using two kinds of pomegranate juice and cane sugar. It's a versatile addition to any cocktail cabinet.
Notify me when this product is back in stock. 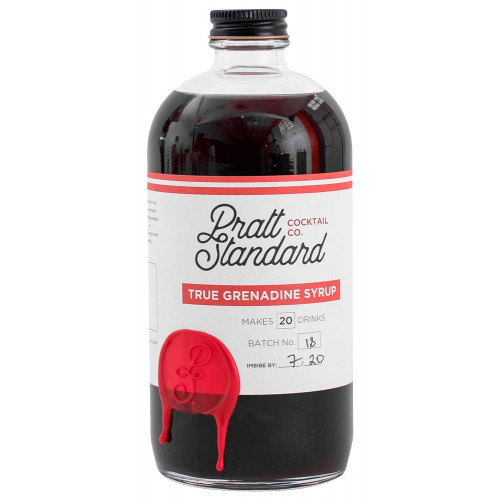 As with all their syrups, a lot of care and research goes into the history of what they are reproducing. Grenadine was made with Turkish or Iranian pomegranate juice (not the cheaper cherry one!), which is why they opted for Turkish pomegranate juice when crafting the True Grenadine Syrup. It contains no dyes or corn syrup, but rather two different pomegranate juices, cane sugar, and orange flower water.

Made with two kinds of pomegranate juice, this syrup has prominent pomegranate notes, along with zesty orange notes, citrus, clove, and just the right amount of sweetness.