Size750mL Proof80 (40% ABV)
Certified organic, each of these spirits is crafted by family farms in Minnesota.
Notify me when this product is back in stock. 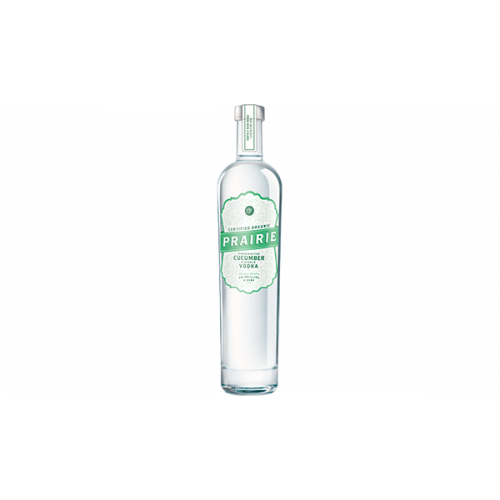 Three years prior to sowing their farmland with organic corn seed, each of the farmers — John Sather, Marvin Boike and Jon Olson — began preparing their fields for the crop. After cleansing the soil and regenerating its nutrient base, the farmers planted a 25-foot buffer crop in order to ensure that chemicals and pesticides from neighboring farms did not contaminate their own crop. "It just doesn't happen overnight." says Olson. "It's a process — even to produce your first organic crop, it takes three years from when you decide to do it."

Prairie Organic Gin is made by merging together a blend of juniper, coriander, angelica, lemon and cassia together with a grain-based spirit. As a result, the gin has an aroma of mint and sage, that is followed by hints of juniper, eucalyptus and citrus on the palate. The gin was called "absolutely fantastic"at the Ultimate Spirits Challenge in 2013.

Vodka: Sweet melon and pear on the nose. Notes of vanilla, sweet corn and a touch of honey lead to a smooth, clean finish.