Size750mL Proof85.2 (42.6% ABV)
Plantation Jamaica 2009 Long Pond Crv Single Cask 2019 is a complex and fruity triple-aged Jamaican rum. After 7.5 years in Bourbon casks, and 1 year in Ferrand casks, this rum spends an additional year and a half in casks that previously held Tokaji wine.
Notify me when this product is back in stock. 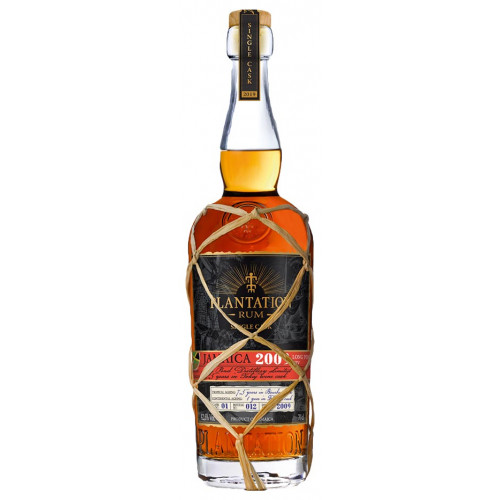 Plantation Rum is produced using a combination of traditional and modern rum-making techniques, and most expressions undergo the brand’s signature double ageing process. After maturing for several years in white oak Bourbon casks in the tropics, where the angels’ share is high, the rum is shipped to France for cask finishing, including Cognac cask finishing. While the white oak infuses the rum with vanilla, spicy and slightly smoky notes, the secondary finish adds delicate tannic undertones.

Plantation Jamaica 2009 Long Pond Crv Single Cask 2019 is a complex and fruity Jamaican rum, finished in Tokaji casks. The rum is distilled by the Long Pond Distillery, and first aged for 7.5 years in Bourbon casks in Jamaica, and for 1 year in Ferrand casks in France. It is then transferred to casks that previously held Tokaji wine, where it spends an additional year and a half before being bottled at 42.6% ABV.

Delicate and complex nose starts with fruity notes of dried banana, cooked apple and guava followed by floral notes of honeysuckle and vanilla. The palate is rich, with pineapple, cantaloupe, lemon curd and a hint of honey, followed by grapefruit peel, apricot and spicy ginger.