Size750mL Proof62 (31% ABV)
This amaro comes from Nardini, the masters of grappa. Crafted with gentian root, bitter orange, and peppermint, it's an intense, citrusy, and balanced herbal liqueur that's bottled at 62 proof.
Notify me when this product is back in stock. 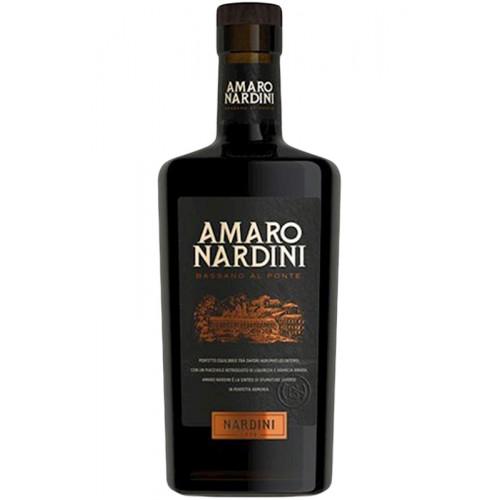 Born in 1739 in Segonzano, Bortolo Nardini was growing up surrounded by winemaking and distilling traditions. He became a traveling distiller, taking a mobile still from house to house to distill the wine pomace. A common practice at the time, his work eventually brought him to Bassano del Grappa. An accident left him stranded there and led to him learning about the town's value as a commercial crossroads.

He decided to capitalize on it and bought the Osteria al Ponte that would later become known as the Grapperia Nardini. It was there that he set up a permanent still and began selling the grappa. Instead of traveling to the farmers, they brought their pomace to him. He called the spirit "Aquavite di Vinaccia". The oldest distillery in Italy opened its doors in 1779 at the entrance to Ponte Vecchio in Bassano del Grappa, and with it Nardini Grappa was born. First crafted using traditional direct-flame stills, in 1860 the steam still was introduced to the process, greatly improving the quality of the grappa. In 1910 the new generation of Nardinis introduced an aged grappa that was matured in oak casks ― Nardini Grappa Riserva.

With well over 200 years of history, the Nardini name has become synonymous with grappa in Italy. With several modifications and modernization, they constantly improve the production process and the quality of their spirits. Now on the 7th generation, the operation is still family-run and the Italian icon has long since gone global.

Amaro Nardini is an intense, citrusy, and balanced herbal liqueur that is crafted with gentian root, bitter orange, and peppermint. Bottled at 62 proof, it's a versatile amaro that is delicious as an after-dinner digestif, either straight, cold, or on the rocks.

Grab your bottle of this amaro today!

You'll find a balance of licorice, citrus zest, cocoa, coffee, and spearmint aromas on the nose. The palate is bittersweet with gentian, orange peel, mint chocolate, and spice. The finish is rich and complex with licorice, chocolate, mint, and a pleasantly lingering bitterness.