We're showing you items that ship to AK.

Learn more
Size750mL Proof114 (57% ABV) *Please note that the ABV of this bottle may vary
This smoky limited edition XO rum, captures the perfect balance of elegant rum overtones and subtle, peated whisky undertones.
Notify me when this product is back in stock. 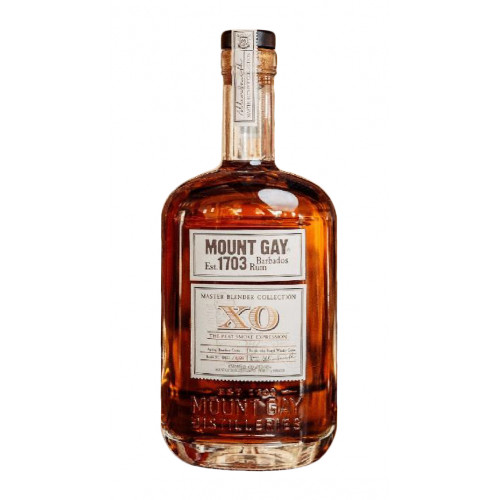 This first edition of Master Blenders Collection: XO The Peat Smoke is a mix of column and pot still rums aged between 8 and 15 years in American oak barrels, finished in Islay peated whisky casks for another six months. This smoky limited edition, captures the perfect balance of elegant rum overtones and subtle, peated whisky undertones. This one-of-a-kind blend has an unconventional character, full of fresh character and aromatic complexity.

Distinctive oak aromas, stewed fruit and caramel enhanced by warm chocolate, and signature bourbon notes of vanilla and smoke. The palate is initially delicate on the palate with velvety textures, followed by a lingering complex finish.