Size750mL Proof56 (28% ABV)
Luxardo's Amaretto is a premium take on the cocktail essential. The liqueur has the classic nuttiness and is made with natural essential oils of cherry, peach, and apricot pits. The sweetness is toned down, making it a perfect ingredient for a serious cocktail. 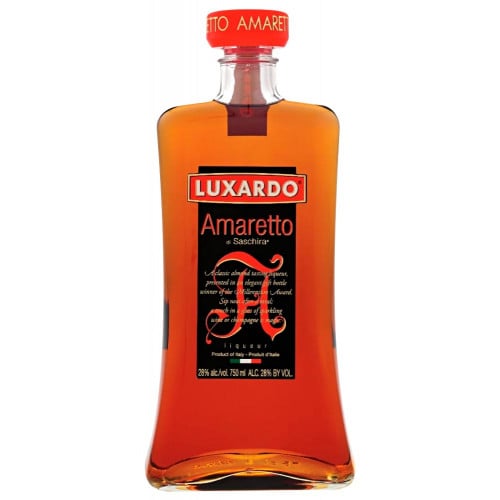 Amaretto is an incredibly popular Italian liqueur and a classic cocktail ingredient. Originating from Saronno, Italy, its first iterations were based on bitter almonds. Modern variants use many different stones from fruits including apricots, peaches, and almonds to achieve the liqueur's signature nuttiness. It's sweet with a mild bitterness — its name translates to "a little bitter." Popular as a standalone drink, the liqueur has become an invaluable part of countless cocktails and has many culinary applications as well, as it goes well with ice cream, coffee, desserts, and savory dishes.

Luxardo Amaretto Di Saschira, naturally, gets their typical cherry twist. It gets its almond flavor from the essential oils that are found in the pits of cherries, peaches, and apricots. The super-high-quality almonds come from southern Sicily and everything is natural, non-GMO, vegan, and kosher to boot.

The fragrant nose opens with prominent marzipan, almond, and vanilla notes. There's none of the unnatural and medicinal aromas on the notes. The nuttiness continues on the palate with a dialed-down and unobtrusive sweetness.