Size750mL Proof40 (20% ABV)
This liqueur is based on proper single-pot-still Irish whiskey, the first of its kind to do so. Combined with fresh Irish cream, this results in a creamy and delicious drink with the whiskey character shining through. 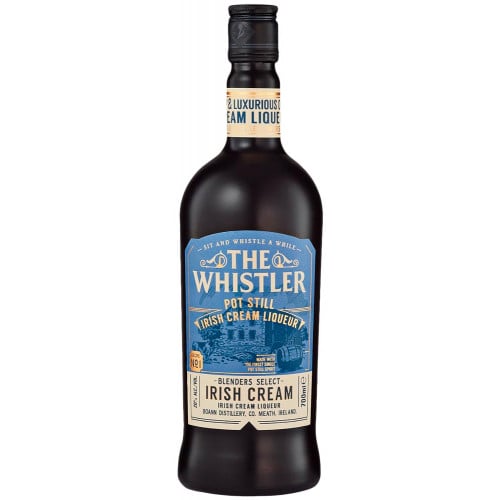 The Whistler Blenders Select Irish Cream is a whiskey liqueur ― the first in the world to feature a single-pot-still Irish whiskey in its blend, combined with fresh Irish cream from grass-fed cows. This results in a depth and delicious richness with the whiskey shining through beautifully.

It's a creamy nose with vanilla, chocolate, and the pot-still whiskey shining through with spicy notes. Creamy and velvety on the palate, it has milk chocolate, toffee, and a dash of coffee, culminating in a warm, creamy, and spicy finish.