Size750mL Proof34 (17% ABV)
This 20s inspired aperitif earned 93 points - Excellent, Highly Recommended at the Ultimate Beverage Challenge in 2011.
Notify me when this product is back in stock. 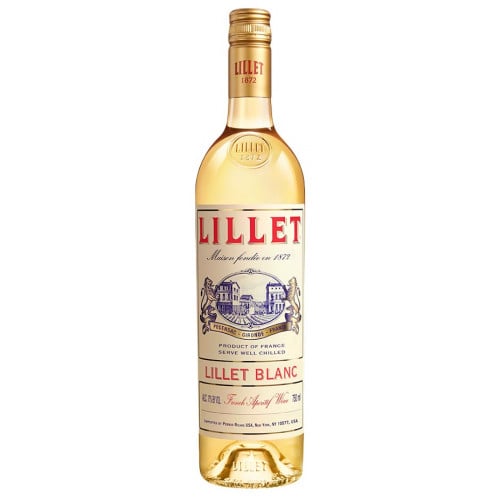 Native of Saint-Morillon in Gironde, Jean Lillet moved to Podensac, a small village of the Graves wine region, near Sauternes, in 1680. In 1872, his descendants Raymond and Paul Lillet, fine wines, liquors and spirits merchants, funded Maison Lillet. They created the first and only aperitif from Bordeaux, the Lillet (called Kina Lillet until the 1970s), a blend of wines and fruit macerations crafted in Podensac cellars.

In the 20s and 30s, Lillet was served on very special occasions and at official receptions, soon becoming the aperitif in vogue all over the world. In 1937, Lillet’s first major advertising campaign was designed for the American market. The campaign by French artist Robert Wolff, better known as Roby’s, remains famous in the USA and France to this day.

After the Second World War, the small family-run company decided to focus on exporting the brand to the US market. Lillet became the star drink of every trendy New York bar. The Anglo-Saxon market really took off in 1945 with the launch of Lillet Dry, which could be mixed with gin or served in cocktails and inspired the famous Vesper. Lillet is a refreshing aperitif with a smooth, fruity taste that earned 93 points - Excellent, Highly Recommended at the Ultimate Beverage Challenge in 2011.

Flowery on the nose. The palate is full of candied citrus, honeyed notes, pine and fruit. The finish is lingering.