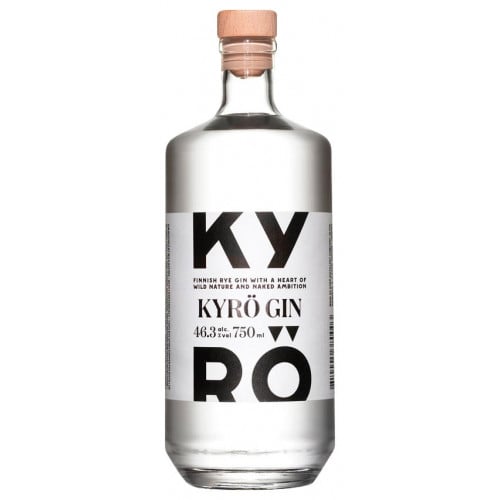 Inspired by wild nature, Kyrö Gin features four locally foraged botanicals and 13 traditional gin botanicals. The traditional gin ingredients include juniper, lemon, zest, angelica root, and cardamom, which are beautifully balanced by some more surprising, like cranberries, meadowsweet, birch and sea buckthorn. At Kyrö, they describe it as bottled moments of »a 3 a.m. sunrise on a misty Finnish meadow, picking berries barefoot after a sauna or a run through a field of rye with your friends«. Its full-bodied herbal flavor and the gentle citrus aroma really pop and make for a G&T that will blow your socks off. Enjoy it with plenty of ice, a few cranberries and a sprig of rosemary.

On the nose, you’ll find fresh notes of gentle citrus. The palate is a full-bodied herbal flavor with notes of pepper and rye in the company of essential oils like meadowsweet. A crisp, fresh finish.