Size750mL Proof88 (44% ABV)
This French gin takes its inspiration from the original recipe of Emile Perrier, who made an original gin at his first distillery. Recreated by Jean-Michel and Pierre Naud, it's crafted with 12 botanicals for a unique and fresh profile. 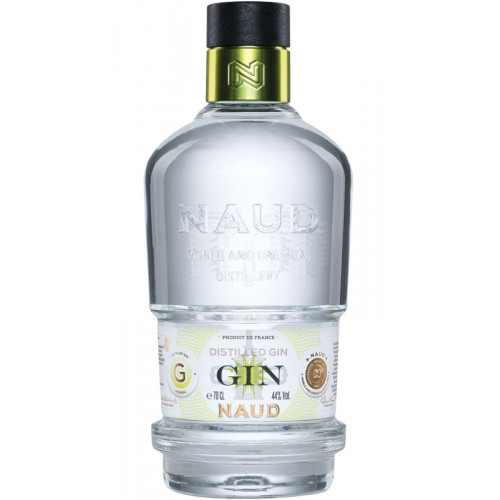 Emile Perrier once crafted his own original gin at the distillery. Naud Distilled Gin takes its inspiration from that spirit with Jean-Michel and Pierre researching and tracking down ingredients that the original gin was made with. They settled on 12 botanicals that are infused for 7 to 10 days before being distilled in small copper pot stills. The list of botanicals is as follows: juniper, ginger, bergamot, clove, orris root, cinnamon, coriander, angelica, cardamom, almond, cubeb, and nutmeg. The 88-proof gin features a unique and fresh bouquet that makes it a perfect choice to elevate a Gin & Tonic.

Get your bottle of this French gin today!

You'll find fragrant and fresh aromas of lime, grapefruit, and freshly picked flowers on the nose. The palate is lively with citrus, mint, and spices ― cinnamon, cubeb, and cardamom make an appearance. There's a solid juniper backbone that gives way to bergamot, culminating in a refreshing finish.