Learn more
Size750mL Proof110.6 (55.3% ABV) *Please note that the ABV of this bottle may vary
This batch of Kentucky Owl Straight Rye was released in September of 2017. It is unique in that it offers rich aromas, without being too forwardly spicy on the nose.
Notify me when this product is back in stock. 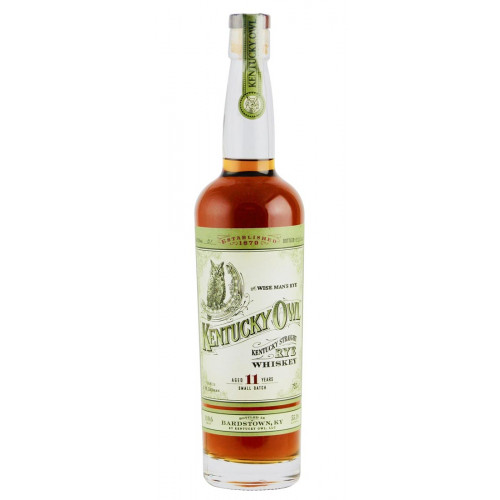 This batch of Kentucky Owl Straight Rye was released in September of 2017. The nose features elements of sweet pine, honey, nougat, vanilla, cloves, and lavender, followed by oaky undertones, subtle cedar sawdust or fresh split cedar. This rye is unique in that it offers rich aromas, without being too forwardly spicy on the nose. The palate is flush with immediate, mouthcoating notes of nutmeg and cinnamon, followed by pepper spice with vanilla on the front and anise across the middle. Subtle cinnamon spice clings to the finish.

The nose on this rye has elements of sweet pine, honey, nougat, vanilla, cloves and lavender. Oaky undertones, subtle cedar saw dust or fresh split cedar. Rich in consistency and not forwardly spicy on the nose. It immediately coats the entire palate and nutmeg and cinnamon give way to pepper spice with vanilla on the front and anise across the middle. Subtle cinnamon spice clings to the finish.