Size750mL Proof20 (10% ABV)
This Apple Cider Liqueur is fortified with organic apple cider, organic apple juice and spices, earning 91 points from the Beverage Tasting Institute.
Notify me when this product is back in stock. 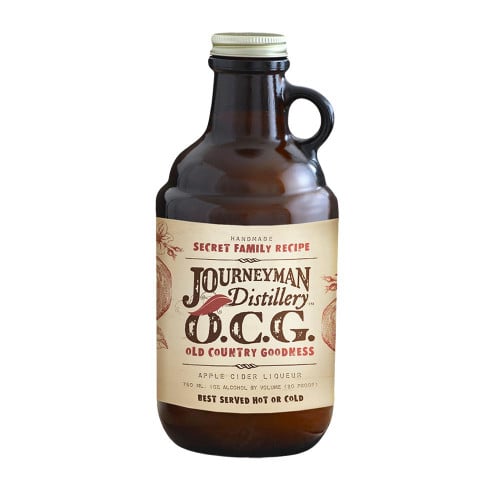 O.C.G. Apple Cider Liqueur is a secret family recipe that has become known as "Old Country Goodness." It is made using only the best organic Michigan apple cider, apple juice and spices that are then fortified with Journeyman distillery's signature un-aged rye whiskey. Best served hot, cold, straight, mixed as a traditional liqueur with other spirits in cocktails or used for cooking. This un-aged rye whiskey is fortified with organic apple cider, organic apple juice and spices, earning 91 points from the Beverage Tasting Institute.

Apple pie and honey on the nose, sweetness transitions into balance on the palate with fall spices, cinnamon and a touch of alcohol to remind you that it’s in there.