Size750mL Proof90 (45% ABV)
With a mash bill that features 60% rye, this blended Scotch features a number of Johnnie Walker's classic whiskies, blended with rye whiskies that were aged in American oak. Bottled at 90 proof, it's a flavorful, rich, and nuanced high-rye Scotch. 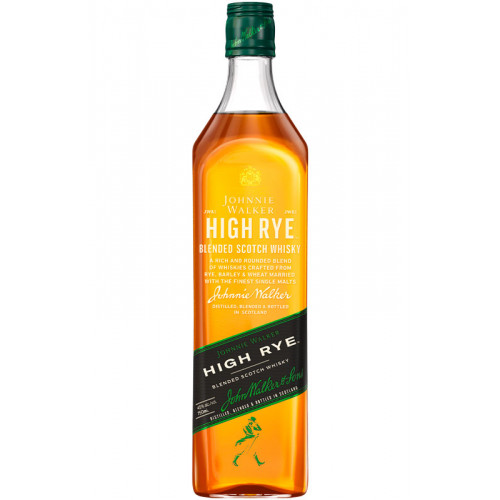 With a unique mash bill of 60% rye, Johnnie Walker High Rye starts with Johnnie Walker's classic Scotch whiskies with their fruitiness, sweetness, and hints of smoke. They are then blended with rye whiskies that were aged in American oak. The final blend is bottled at 90 proof and features a rich and flavorful profile with vanilla, apple, toffee, and rye spice on the finish.

Grab your bottle of one of the first blended high-rye Scotches today!

The nose is sweet and fruity with orchard fruit, berries, wood spice, and creamy vanilla aromas. On the palate, you'll find green apple, toffee, and dried clove with a pleasant sweetness. The finish is dry with lingering rye spice.