Size750mL Proof90 (45% ABV)
Crafted by Master Distiller Jeff Arnett, this charcoal-mellowed rye whiskey features a mash bill of 70% rye, 18% corn, and 12% malted barley, as well as water from the Cave Spring Hollow.
Notify me when this product is back in stock. 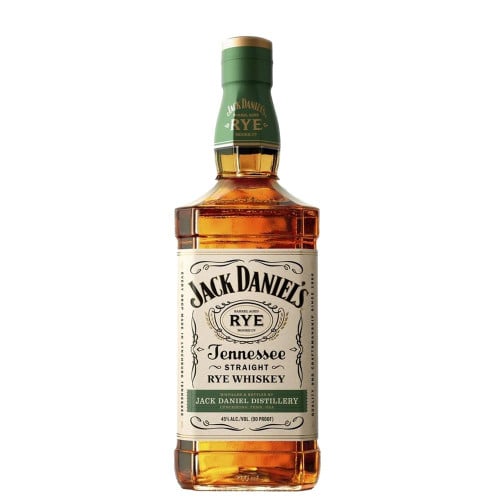 Their rye whiskey had them create the first new grain bill in a century. The result is Jack Daniel's Tennessee Straight Rye Whiskey, crafted with a mash bill of 70% rye, 18% corn, and 12% malted barley. It's made with water from their own Cave Spring Hollow and features the same charcoal mellowing process that Jack Daniel's is famous for. Crafted by Master Distiller Jeff Arnett, this unique rye is bottled at 90 proof and has pleasant spice notes, complexity, and smoothness.

Grab a bottle of this unique charcoal-mellowed rye whiskey today!

The nose has dark fruit, banana, and hints of rye spice. More banana is on the palate with charred oak, cereal, vanilla, bread, as well as a touch of nuttiness and spice. The finish is gently spicy and oaky with a touch of honey and citrus.