Size750mL Proof112.8 (56.4% ABV)
This premium Single Cask expression was distilled in 2005 at Demerara Distillers in Guyana, then matured for 15 years in the UK in American oak recycled rum casks. Only 180 bottles are available in total.
Notify me when this product is back in stock. 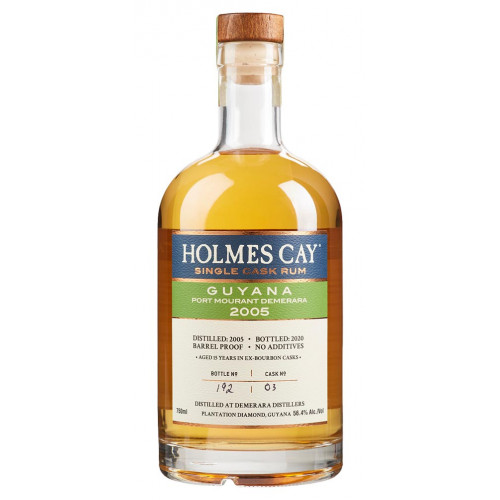 The Holmes Cay Guyana Single Cask expression is a premium Caribbean rum that was distilled in 2005 in Guyana at Demerara Distillers. This 15-year-old pot-still rum was matured in the UK in an American oak recycled rum cask. It's super limited as well since only a single cask with 180 bottles in total is available.

Grab one of these 180 bottles now!