Size750mL Proof86 (43% ABV)
Made by Master Distiller David Pickerell, this single malt whiskey is peated with local peat.
Notify me when this product is back in stock. 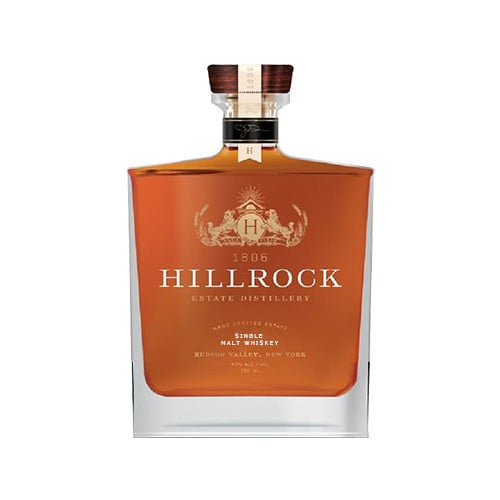 Hillrock Estate Peated Single Malt Whiskey is one of the first single malt whiskies produced in New York since Prohibition. It is made using barley that is grown exclusively on the rolling fields of the Hillrock Estate. After the barley is harvested, it is smoked over a peat flame for approximately eight hours (the peat used to smoke the barley is imported from Scotland).

After the barley has been peated, it is fermented before being distilled through Pickerell's custom-made, 250-gallon copper-pot still. Following distillation, Hillrock Peated Single Malt is aged in American oak casks before each batch is brought to proof and bottled by hand.

The whisky has a light aroma of smoke, peat, iodine and sea salt that gives way to rich vanilla and malt on the palate. The finish is long and rich, with hints of honey, caramel and butterscotch complemented by a subtle peaty undertone.

Light aroma of smoke, peat, iodine and sea salt that gives way to rich vanilla and malt on the palate. Finish is long and rich, with hints of honey, caramel and butterscotch complemented by a subtle peaty undertone.