Size750mL Proof86 (43% ABV)
This Japanese marvel has world’s best-blended whisky in countless whisky competitions worldwide including ‘Best Japanese Blended Whisky’ at the 2019 World Whiskies Awards.
Notify me when this product is back in stock. 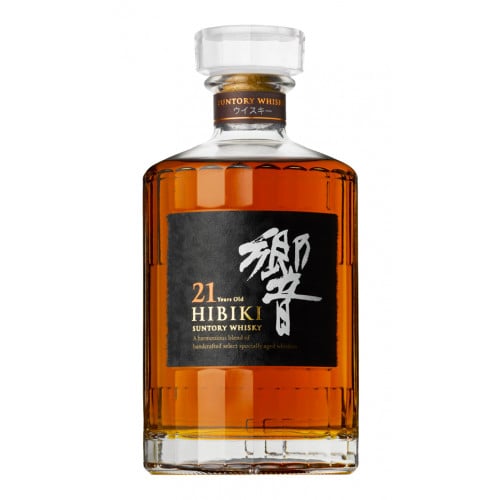 Hibiki 21 uses rare, meticulously hand-selected malt whiskies no less than 21 years old. The key malt in the blend is from Yamazaki sherry casks, blended with mellow grain malts. The result is a stunning orchestra of fragrant sweet dry fruits, spicy aromas, and flavors, followed by a smooth and creamy palate, with a rich, refined bouquet and a long finish dappled with a deeply complex character.

A stunning and well-balanced composition. A light but yet complexly stunning orchestra of fragrant sweet dry fruits, spicy notes. The palate is smooth and creamy, with a rich, refined bouquet. Notes of sherry, acacia, cacao, leather and fruits are followed by a long finish dappled with deeply complex flavors.