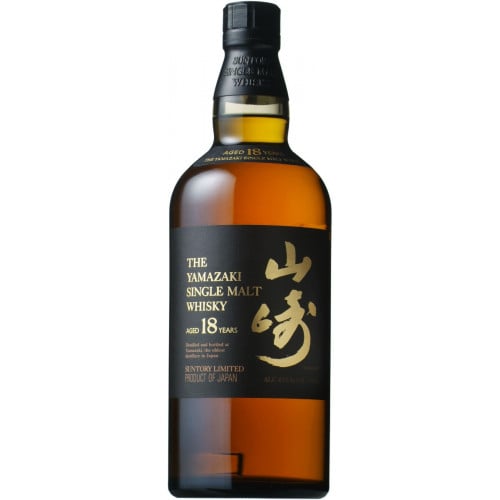 The Yamazaki 18 Year Old Single Malt Whisky is made from 100% malted barley, which is milled and mashed before being fermented in Suntory's proprietary wooden vats. After fermentation, the whisky is distilled through Suntory's copper-pot stills — the first of their kind outside of Scotland — before being aged in casks made of three different types of woods: American, Spanish and Japanese oak (the Japanese oak adds an Asian twist to the whisky).

"This is all done by hand — the traditional way," says Osamu Abe, the manager of Yamazaki Distillery, referring to the cooperage taking place at the distillery. "This is called yagura — craftsmanship. You must watch and listen to how they're made. In Japan, we say "use all 5 senses.' Of course we learn from others, but our own senses are key."

After aging for 18 years in Japan's unique environment — the constant changes in temperature and humidity affect the casks' breathing and the interaction between the wood and the whisky — the whisky is brought to proof before being bottled.

The Yamazaki 18 Year Old Single Malt Whisky has earned an astounding five Double Gold medals at the San Francisco World Spirits Competition, and was named "Best Other Whisky" in 2009, 2011 and 2012. It also earned a score of 96 points from the Beverage Tasting Institute and 95 points from Wine Enthusiast.

Pick up a bottle of this highly-decorated whisky today!

This whisky has a copper, bronze color with an aroma of raisins, apricots and coffee. The initial notes of dark chocolate, dried fruits and cinnamon give way to a long, profound finish that has a touch of sweetness.