Be the first to review this product
Crafted in partnership with Crown Royal Canadian Whiskey, these bitters were aged in oak ex-whiskey barrels for 2 years, resulting in a mellower taste profile with cinnamon, clove, allspice, and black peppercorn notes.
$22.99
Add to Wish List

Their bitters are crafted with gentian, "The King of Bitters". The plant is indigenous to Europe and is known to aid digestion. Their proprietary bitters have spices such as anise, allspice, fruit peel, and various botanicals. The Barrel Aged Aromatic Cocktail Bitters is a limited edition release that is made in partnership with Crown Royal Canadian Whiskey. Aged in their oak barrels for 2 years, these bitters are mellower with additional cinnamon, clove, allspice, black peppercorn, and caraway notes.

Grab a bottle of these barrel-aged bitters today! 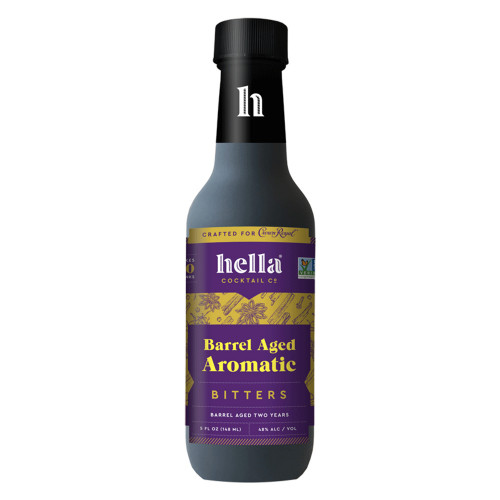