Size150mL Proof90 (45% ABV)
Crafted in New York in small batches, these gentian-based bitters are made with cocoa nibs, coffee, spices, and chile de árbol chili peppers.
Notify me when this product is back in stock. 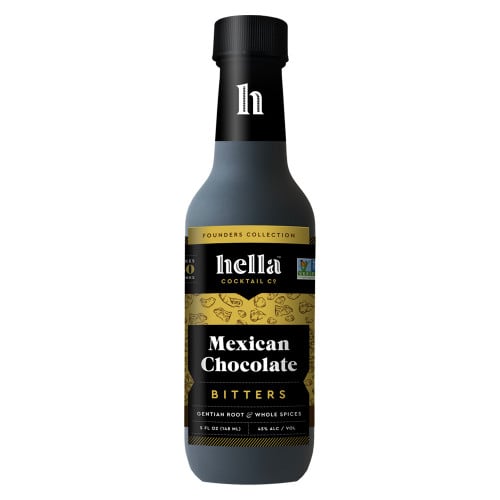 Their bitters are crafted with gentian, known as "The King of Bitters". The plant is indigenous to Europe and is known to aid digestion. Their proprietary bitters have spices such as anise, allspice, fruit peel, and various botanicals. Each 5 oz bottle contains enough liquid for 80 drinks. Hella Mexican Chocolate Bitters are made with cocoa nibs, coffee, spices, gentian & angelica root, and chile de árbol chili peppers. These dark and rich bitters have a pleasant bitterness with complex and deep notes of cocoa, coffee, and chili pepper heat.

Grab a bottle of these dark and rich bitters today!

These bitters are dark, rich, and bitter with notes of cocoa, coffee, and baking spices. The chili pepper heat lingers smoothly.