Size750mL Proof92 (46% ABV)
This elegant flagship gin executes a meticulous botanical selection of five botanicals chosen by creator Jordan Milne.
Notify me when this product is back in stock. 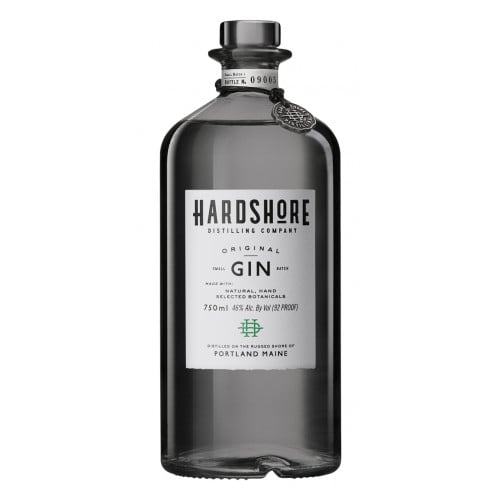 Hardshore Distilling Company is a unique distillery, innovating new tastes and textures out with their 1,200-liter Arnold Holstein still. They distill everything at least once. In 2016 Hardshore released their Original flagship gin after nearly four years.

Their passion is to create a quality gin while promoting the conservation of the natural wonders of Maine that make Hardshore so unique. Their water comes straight from the Sebago Lake, which is so clean that it doesn't require the use of reverse osmosis purification process. This helps them use up to 30% less water than other facilities.

Hardshore’s flagship gin executes a meticulous botanical selection, five botanicals were chosen by creator Jordan Milne. Made with a base of wheat spirit, the juniper, coriander and orris are macerated and distilled together, followed by the rosemary and mint. Hardshore Original Gin is cut to proof at 46% ABV.

4.7 out of 5
(3 reviews)
Write a review
Real email address is required to social networks
Sign in
Login with Google
Login with Facebook
Or
We also recommend