Size750mL Proof85.2 (42.6% ABV)
Kyrö Dark Gin is made from 100% Finnish wholegrain rye and 17 spices and botanicals. Aged for 3-12 months in American oak barrels, it's a versatile gin that can be enjoyed hot or cold.
Notify me when this product is back in stock. 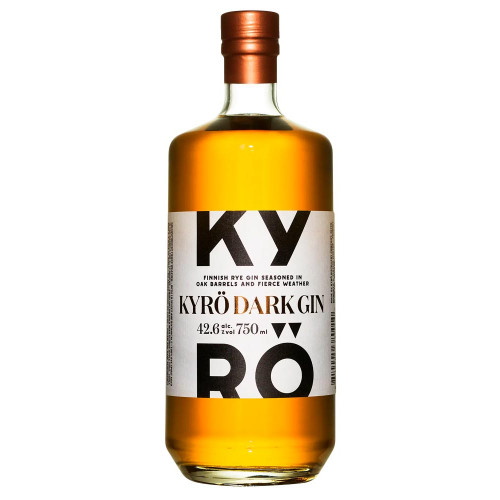 Inspired by fierce Finnish weather, Kyrö Dark Gin is the perfect union of 100% Finnish wholegrain rye with 17 spices and botanicals. It spends 3-12 months in American oak barrels and this award-winning gin is designed to offer you shelter and shield you in times of storms (literal and metaphorical storms). Summer meadow on the nose and honey, orange and pepper with hints of flower fields on the palate, Kyrö Dark Gin will warm you up or cool you down, depending on what you’re seeking in the moment. Kyrö recommends enjoying it hot or cold with cloudy apple juice, cinnamon and a slice of fresh apple.

The nose greets you with soft notes of a summer meadow. On the palate, notes of honey, orange and pepper develop and smoothly mingle with oak and a hint of flower fields. The finish is subtle and fresh.