Caskers Rewards members earn up to 150 store points back when buying this bottle.
Size750mL Proof86 (43% ABV)
This incredibly rare Glenmorangie 1963 was first distilled in 1963, aged in oak for 21 years, and finished in Oloroso sherry casks for an extra year.
Notify me when this product is back in stock.

Caskers Rewards Caskers Rewards members earn up to 150 store points back when buying this bottle. Learn more
Out of stock
Skip to the end of the images gallery 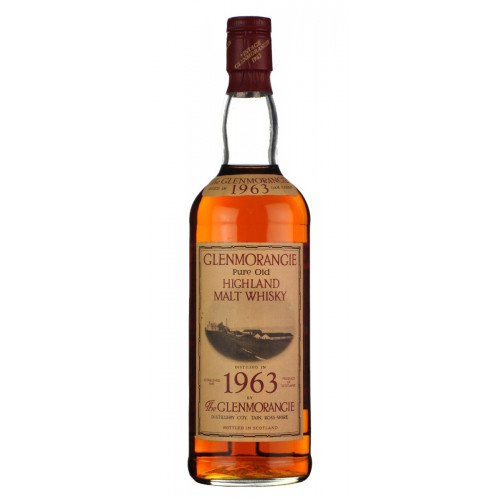 This incredibly rare Glenmorangie 1963 was first distilled in 1963, and aged in oak for 21 years before being finished for a year in Oloroso sherry casks. This luxury Glenmorangie has an incredibly deep and complex flavor profile.

Pick up this vintage bottle today!

Sherry notes on the nose with oak and nuttiness. The palate is fruity with ripe plums, dried apricots and sweet grape jam with a hint of spice. The finish is solid and harmonious.