Size750mL Proof109.4 (54.7% ABV)
A rarity all in itself. The Glenfiddich Rare Collection is a US limited two-part release of a, particularly scarce and desired dram. There are only 100 individually numbered bottles of Cask 5114 around. This treasure is well hidden, but not from You.
Notify me when this product is back in stock. 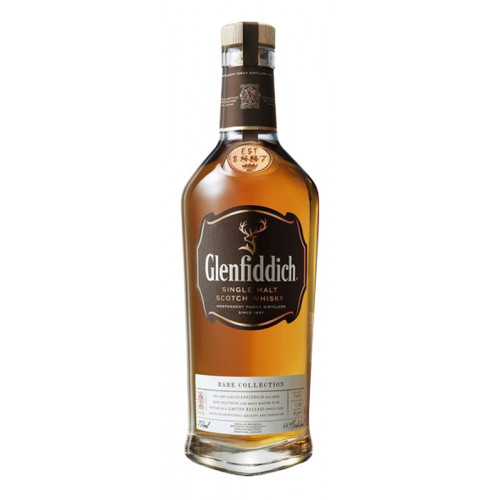 This fantastic US limited release is a treasure! Only 100 bottles of Glenfiddich Rare Collection 1975 Vintage Cask 5114 were ever produced. Cask 5114 matured in a European Oak Hogshead, and it’s bottled at casks strength and non-chill filtered. Even the bottle itself is fittingly extra. Each individually numbered, presented in a brown Italian leather box. Ah-mazing!

It has muted amber hue. The nose is spicy, oaky, with hints of fruit, and fades into the sweetness of vanilla, cinnamon, and caramelized apple. The palate also greets with an oaky bang, fruit follows gently, and finishes with rich nuts and fruit cake.