Size750mL Proof80 (40% ABV)
This spectacular offering is the result of the hard work of Glen Moray’s master distiller, Graham Coull. Reviving their previous Single Malt that was aged completely in Chardonnay casks, this one retains more of its Single Malt character. Plenty of bang for its buck. 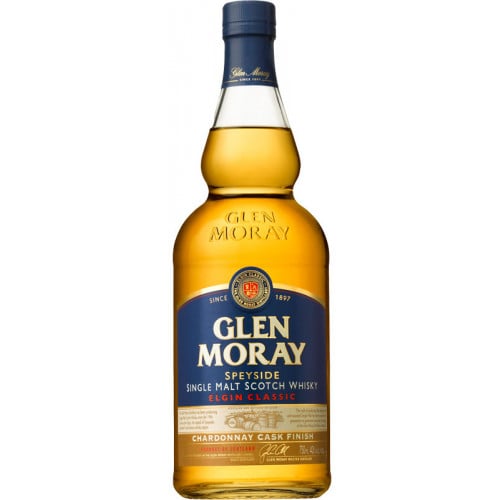 Glen Moray Chardonnay Cask Finish Scotch Whisky is the result of the hard work of Glen Moray’s master distiller, Graham Coull. Coull very much knows what he’s doing and he brought back their previous Single Malt that was aged completely in Chardonnay casks. We loved it then but we love it even more now as this Whisky retains more of its Single Malt character and it’s a tad less influenced by the Chardonnay Wine cask during its aging process. Coull got it just right this time and this is a fantastic Whisky that brings plenty of bang for its buck.

Medium gold hue. Aromas of green apple, cinnamon toast, key-lime pie, butter, and oak. The palate is soft yet firm with layers of banana and baked apple. The finish is lightly dry with pecan praline and floral notes.