Size750mL Proof80 (40%ABV)
As exquisite as the name implies, the Exquisito rum consists of rums aged between 7 and 23 years. The blend is finished in sherry casks for an incredibly well-balanced sweet & spicy profile. 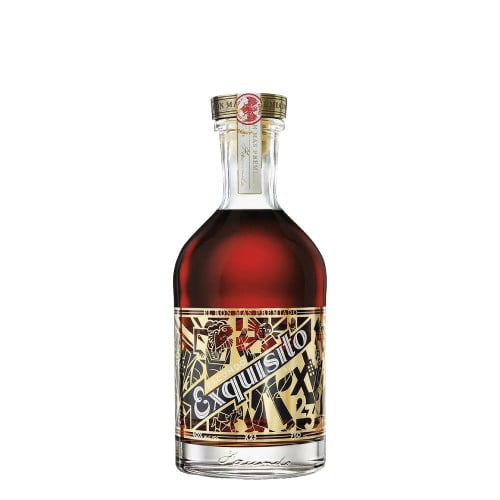 The premium Facundo line of rum has Bacardi reaching into the company's private rum reserve for its four sippers. The Exquisito is a blend of rum aged between 7 and 23 years that was finished in sherry casks. It's an extraordinarily well-balanced drinking experience that's more than the sum of its parts, with its fruity and spicy notes blending together perfectly.

The nose has brown sugar, dried and dark fruit notes, some vanilla, and a touch of oak. The sherry notes become more apparent on the palate with prominent raisins, as well as caramel, and a peppery spice. Finishes oaky with a pleasant sweetness, lingering dried fruit, and additional dark chocolate notes.