Rating:
93%
(1)
Award-winning , genuine straight rye whiskey made from the finest ingredients available and bottled at an honest 90 proof.
$16.99
Add to Wish List

Today, Ezra Brooks Straight Rye Whiskey continues to be produced in the heart of Kentucky. The bourbon is made from a mash of 95% rye and 5% malted barley which are milled and mashed before being fermented. Following distillation, the bourbon is aged for a 24 months in charred American oak casks. Charcoal filtered and bottled at 45% ABV.

Strong on the nose with notes of caramel, subtle citrus and vanilla. Rye spice on the palate with warming caramel, vanilla and a lingering sweetness on the finish. 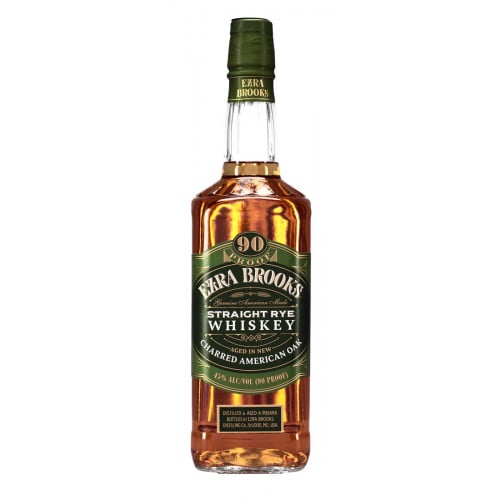