The Dewar's 12-year-old expression in their premium Blended Scotch Whisky range is a blend of grain and single malts, each of which has been aged at least a dozen years. Finished in oak casks after blending, it's a direct descendant of their Blended Scotch Whisky that was first created more than a century ago. It's bottled at 80 proof and has a profile with citrus, dried fruit, and vanilla notes.

A pleasant sweetness leads the charge on the nose with caramel, oak, fruit, and citrus zest notes. The palate is creamy with honey, oak, and a dash of smoke & spice. The finish is medium long with a lingering sweetness and peppery spice. 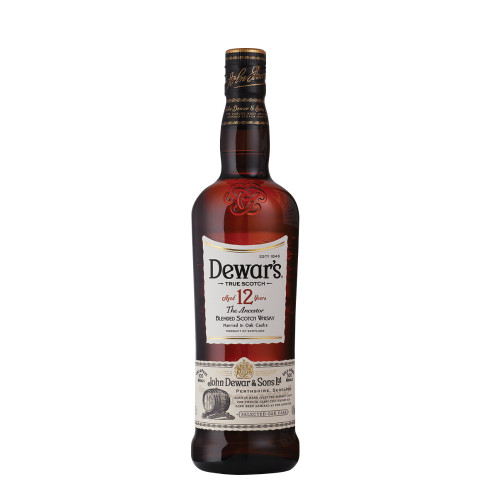